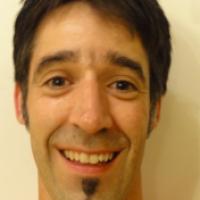 When and where did you begin this sport?
He began skiing recreationally at age nine. He took up competitive para-Nordic skiing in 2010.
Why this sport?
In 2010 coach Manon Losier suggested he try competing at a provincial level, with the aim of qualifying for the 2010 Canada Games.
Club / Team
Wostawea X-Country Ski Club: St. John, NB, CAN
Name of coach
Robin McKeever [national], CAN
Training Regime
He trains 12 hours a week.

Hero / Idol
Canadian cross-country skiers Brian McKeever and Colette Bourgonje. (cg2011.gems.pro, 24 Feb 2011)
Injuries
He suffered from inflammation in his Achilles tendon in 2014. He returned to international competition in February 2016 at the World Cup event in Finsterau, Germany. (acadienouvelle.com, 13 Jan 2016; cccski.com, 26 Feb 2016)
Ambitions
To compete at the 2018 Paralympic Winter Games in Pyeongchang. (Facebook page, 13 Oct 2016)
Impairment
His arm and shoulder were amputated at age 14 after he developed bone cancer. (tourespoir.com, 27 Sep 2011)
Other information
OCCUPATION
He is self-employed and gives lectures and workshops about sport at schools. He left his job as a full-time teacher so that he could spend more time training. (acadienouvelle.com, 13 Jan 2016; paralympic.ca, 12 Feb 2014)

OTHER STUDIES
He has studied for a bachelor of education degree in environmental science and mathematics. (LinkedIn profile, Oct 2015)

WORLD TRAVELLER
He has travelled around the world, spending a year studying in Belgium, six months in England as a bartender, and two years in Italy. (tourespoir.com, 27 Sep 2011)