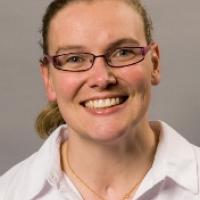 When and where did you begin this sport?
She took up the sport in 2002 in Canberra, ACT, Australia. She began competing in 2003.
Why this sport?
She started athletics as a form of rehabilitation and physical activity.
Name of coach
June Ellery [mother]

Hobbies
Playing scrabble, listening to music. (athletics.com.au, 2017)
Memorable sporting achievement
Achieving a seated shot put world record and winning gold at the 2010 Commonwealth Games in Delhi, India. (paralympic.org.au, 2016)
Most influential person in career
Her mother June Ellery. (Athlete, 23 Oct 2015)
Hero / Idol
Australian wheelchair racers Eliza Stankovic and Louise Sauvage, US surfer Kelly Slater. (paralympic.org.au, 2016; Athlete, 23 Oct 2015)
Superstitions / Rituals / Beliefs
Before competing she listens to music at the maximum volume and sings loudly. Also before taking to the field she looks at the key ring that her late brother gave to her. (athletics.com.au, 2017)
Sporting philosophy / motto
"Always do your best." (Athlete, 23 Oct 2015)
Awards and honours
She was named the Outstanding Athlete with an Impairment by Australian Capital Territory [ACT] Athletics for the 2003/04, 2009/10 and 2010/11 seasons. (paralympic.org.au, 09 Sep 2012)

She was named the 2005 Outstanding Senior Female Athlete of the Year by ACT Athletics. (paralympic.org.au, 22 Dec 2009)
Famous relatives
Her brother competed in swimming at national level, and her sister played water polo at national level. (paralympic.org.au, 09 Sep 2012)
Impairment
She sustained a brain injury from a car accident in 1998, which left her in a coma for five months and resulted in quadriplegia. (Athlete, 23 Oct 2015; paralympic.org.au, 09 Sep 2012)
Other information
WRITER
She wrote the script for a short film titled 'With Little Hope', which is based on how she overcame her accident and became a world record holder and a Paralympic medallist. The film featured at the Hong Kong World International Film Festival. (With Little Hope Facebook page, 10 Sep 2016; 06 Oct 2016)