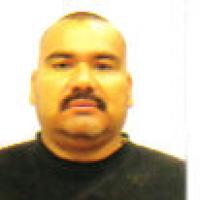 When and where did you begin this sport?
In 1988 a friend invited him to try different throwing events in Sonora, Mexico.
Why this sport?
He likes the sport because it was good for his rehabilitation.

He had a shoulder injury while competing at the 2008 Paralympic Games in Beijing. (lacronica.com, 02 Sep 2016)
Sporting philosophy / motto
"Live life to the fullest." (numerounoonline.com, 22 Jun 2010).
Awards and honours
In 2016 he received the National Sports Award in the Para sport category. (sonora.gob.mx, 04 Nov 2016)
Ambitions
To compete at the 2020 Paralympic Games in Tokyo. (ehui.com, 30 Aug 2016)
Impairment
He injured his spine at age nine after a large rock came loose as he was climbing on it. (historiadesonora.blogspot.es, 30 Nov 2015; numerounoonline.com, 22 Jun 2010)
Other information
OTHER ACITVTIES
He has worked as a coach for children with an impairment. (RNoTeRajes, 20 Aug 2015)