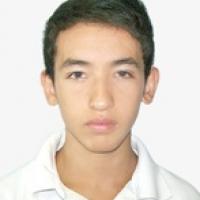 When and where did you begin this sport?
He took up the sport in 2006 in La Paz, Mexico.
Why this sport?
He began swimming as part of his physical therapy. "I never thought I would visit so many countries, win so many medals, and meet so many people who support me and who are my equal. I used to think that I was different, but when I came into Para sport, I realised that we are many. There are thousands of people with an impairment, we are not alone."
Club / Team
Baja California Sur State: Mexico
Name of coach
Linton Fritz Navarro Holm, MEX, from 2013
Training Regime
He trains at the Emilio Mendoza Sports Complex in La Paz, Mexico.

He lit the cauldron at the opening ceremony of the 2011 Parapan American Games in Guadalajara, Mexico. (dgecytm.sep.gob.mx, 19 Sep 2013)

He has received the Sports Merit Award from the congress of the state of Baja California in Mexico. (septimodia.info, 18 Jan 2016)
Ambitions
To win a medal at the 2020 Paralympic Games in Tokyo. (informatebcs.com, 20 May 2020)
Impairment
Most of his left arm was amputated after he was involved in a road accident at age six. The bus in which he and his family were passengers overturned on the way to his hometown of La Paz in Mexico. (Athlete, 04 Dec 2017; septimodia.info, 18 Jan 2016; proceso.com.mx, 05 Jan 2012)
Other information
TATTOOS
He has a number of tattoos on his body, mostly on his arms. "I started at age 15 with the sentence 'What we do in life echoes in eternity' from the 'Gladiator' film. I have an eagle, a tiger, and a shark - animals that represent strength. I also have a tattoo of the Olympic rings." (septimodia.info, 18 Jan 2016)