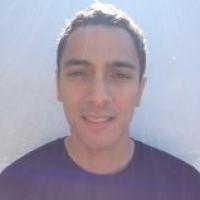 When and where did you begin this sport?
He took up the sport in 2007 after trying a number of different rehabilitation techniques following his injury.
Why this sport?
"I wanted to recover, get out of the hospital and get on with my life. Adaptive sports gave me the initial push I needed to get my engine rolling."

Hobbies
Shooting. (Instagram profile, 09 Mar 2020)
Hero / Idol
British Para sprinter Richard Whitehead. (teamusa.org, 03 Jul 2013)
Sporting philosophy / motto
"Life is not about waiting for the storm to pass, it's about learning to dance in the rain." (teamusa.org, 14 May 2013)
Awards and honours
He was a torch bearer at the opening ceremony of the 2013 Warrior Games in Colorado Springs, CO, United States of America. (va.gov, 24 Jul 2014)
Other sports
He competed in Para swimming at the 2013 Warrior Games in Colorado Springs, CO, United States of America. (teamusa.org, 14 Jun 2013)
Ambitions
To compete at the 2020 Olympic Games in Tokyo. (Facebook profile, 02 May 2020)
Impairment
In September 2006 he was serving with the US Army in Baghdad, Iraq, when his convoy was hit by an explosive device. He was trapped beneath the door of the armoured vehicle in which he was travelling. The blast resulted in both of his legs being amputated. (teamusa.org, 14 Jun 2013)
Other information
ARMY VETERAN
He served in the US Army in Iraq as a specialist with the 4th Infantry Division. (Instagram profile, 30 Dec 2020; holidaysforheroes.com, 01 Jan 2010)