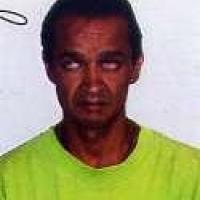 When and where did you begin this sport?
He took up the sport in 2002 in Guadalajara, Mexico.
Why this sport?
He likes the qualities an athlete needs to succeed in athletics.
Name of coach
Gabriel Mezquitan Galicia
Coach from which country?
Mexico
Coach from what year?
2003
Training Regime
He trains three times a day.

In 2007 he was honoured at the State Sports Award. (codejalisco.com.mx, 2012)
Other information
DISAPPOINTING RETURN
Despite winning a medal at the 2011 Pan American Games, he was forced to beg on the street upon his return to Mexico. Shortly after the Games, he claimed that he was still owed 300 USD as part of his sports scholarship. (publimetro.pe, 07 Dec 2011)