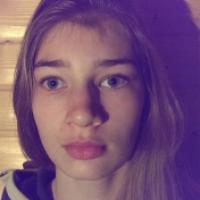 When and where did you begin this sport?
She began skiing in 2007. In 2018 she switched to sit-skiing on the suggestion of a coach.
Why this sport?
She followed her older brother into the sport.
Club / Team
Club de Ski de Fond du Parc du Mont-Orford: Canada
Name of coach
Patrick Laliberte [personal]

Other sports
She has competed in Para triathlon at international level. (triathlonmagazine.ca, 16 Jul 2018)
Famous relatives
Her mother has served as an alpine ski coach in Canada, and her father has been a North American champion in sailing. (nordiqcanada.ca, 01 Feb 2020)
Ambitions
To compete at the Paralympic Winter Games. (cbc.ca, 22 Feb 2020)
Impairment
She has left-sided hemiparesis. (latribune.ca, 18 Dec 2018; AMI-Tele YouTube channel, 06 Feb 2017)
Other information
SWITCH TO SIT-SKIING
She initially competed in standing events, having had an idea for an orthosis that would help stabilise her left leg while participating in the sport. However, in 2017 a national coach suggested she switch to sit-skiing. "I was not considering switching even if my ankle struggled to endure long distances. But this coach pointed out that I had a good double-arm push and said I should switch to sit-skiing. He was convinced that this would benefit me. Switching to the sit-ski was ultimately a wise decision." (AMI-Tele YouTube channel, 06 Feb 2017; La Tribune, 18 Dec 2018)

OTHER STUDIES
She has also studied at the Massage and Orthotherapy Academy in Gatineau, QC, Canada. (toutunblogue.lotoquebec.com, 03 Jun 2021)