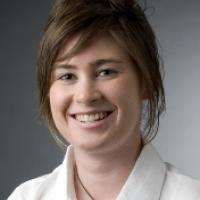 She tore a tendon in her right throwing arm during preparation for the 2011 World Championships in Christchurch, New Zealand. She was able to overcome it and win the F46 javelin throw. (starampglobal.com.au, 05 Sep 2011)
Sporting philosophy / motto
"Enjoy what you do." (Athlete, 23 Oct 2015)
Other sports
She represented her state of Victoria in cricket as a spin bowler at the U19 national championships in Australia. (paralympic.org.au, 30 Dec 2009; knox-leader.whereilive.com.au, 11 Sep 2008)
Impairment
She was born without the lower half of her left arm. (theaustralian.com.au, 28 Jan 2011)
Other information
FUTURE PLANS
She plans to make her final Paralympic Games appearance at the 2016 Games in Rio de Janeiro. "If I make Rio, I think I'd like that to be the last, I might go around and do another world champs but that's dependant on how my body is. I always thought I'd be able to dictate the end of my career, but as I get older and with the injuries, I realise now why so many athletes retire, because their bodies are telling them I don't want anymore." (womensworldofsport.com, 08 Mar 2016)