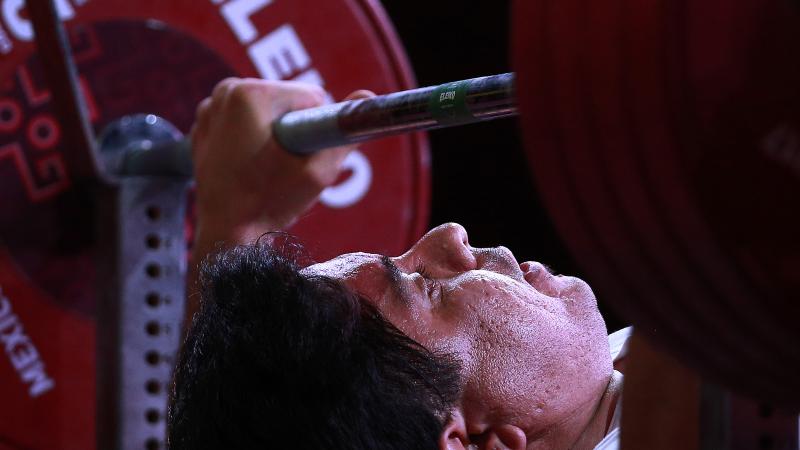 Siamand Rahman is the most popular Iranian powerlifter. But Majid Farzin has also made his way to the top of the world and there are few that can challenge him.

Farzin is probably in the best moment of his career. In 2017 he won his second World Championships title in Mexico City eight years after his first.

One year before, he sealed his second Paralympic gold medal at Rio 2016. Farzin has so far competed at three Games, winning two golds and one silver.

The last time he lost was at the 2014 Asian Para Games, when he finished second to China’s Gu Xiaofei, his strongest opponent.

Farzin enjoys watching football and his sporting hero is former player and coach Ali Daei. His impairment is a result of the effects of polio.

When and where did you begin this sport?
He began Para powerlifting in 2003.
Why this sport?
A friend suggested he start a sport so he joined the Takhti club in Ardabil. His first coach noticed his potential for powerlifting and he stayed with the sport.
Club / Team
Mehrani Club: Tehran, IRI
Name of coach
Davoud Behtaj