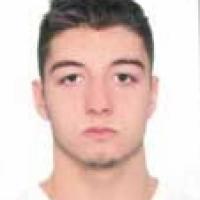 When and where did you begin this sport?
He began training at age six in Kharkiv, Ukraine. He competed with able-bodied athletes until his impairment deteriorated, and then he switched to Para swimming.
Why this sport?
Doctors advised his parents to enrol him in swimming lessons. "My father and mother asked the coaches not to give me special attention, so that they would treat me like everyone else."
Name of coach
Vasyl Keke [personal], UKR; Gennady Vdovychenko [personal], UKR

Nicknames
Max (Facebook profile, 04 Aug 2015)
Memorable sporting achievement
Competing at the 2016 Paralympic Games, where he won five gold medals and three silver medals. (Athlete, 13 Aug 2018; paralympic.org, 27 Sep 2018)
Most influential person in career
His father, and his coach Vasyl Keke. (Athlete, 13 Aug 2018)
Hero / Idol
US swimmer Michael Phelps. (kp.ua, 25 Mar 2017)
Sporting philosophy / motto
"If you have a dream, you need to fully invest in it, and then everything will work out." (kp.ua, 25 Mar 2017)
Awards and honours
For his performance at the 2016 Paralympic Games in Rio de Janeiro, he received the Order for Merit [third grade] of Ukraine. (president.gov.ua, 04 Oct 2016)

Ukrainian newspaper Komsomolskaya Pravda named him Idol of Ukrainians in its 2016 Person of the Year awards. (kp.ua, 25 Mar 2017)

He has received the title of Honoured Master of Sport in Ukraine. (dsmsu.gov.ua, 28 Dec 2019)
Impairment
He was born with disorders of the musculoskeletal system. (Athlete, 13 Aug 2018)