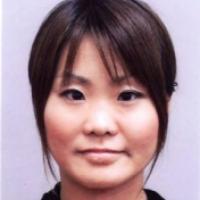 Nicknames
Manafy. (IPC, 31 Nov 2009)
Hobbies
Playing the violin. (31 Nov 2009)
Most influential person in career
Her mother. (IPC, 31 Nov 2009)
Superstitions / Rituals / Beliefs
She always pats her right shoulder with her left fist. (kyodo, 08 Sep 2008)
Sporting philosophy / motto
"Swim happily without forgetting the original intention." (IPC, 31 Nov 2009)
Impairment
She lost her right arm in a traffic accident in November 2004 when she was studying to become a nurse, which initially forced her to abandon her career. However, when she went to a facility to get her artificial arm, she was impressed by people with a disability playing basketball. Since then, she began swimming as well as returning to study again to become a nurse. (toshijuku.com, 31 Aug 2008)