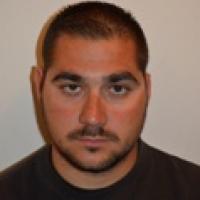 When and where did you begin this sport?
He took up Para athletics in 2009 in Moires, Greece, and began competing in the sport one year later.
Why this sport?
He initially tried Para swimming but the lack of facilities for athletes with an impairment meant he switched to Para athletics. He saw the sport as a way of improving his health and changing his life.
Name of coach
Hippocrates Skantzakis [personal], GRE; Ioannides Iakovos [personal], GRE