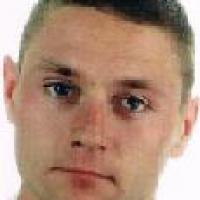 Why this sport?
He met coach Jacek Szczygiel through a neighbour. "At first I was scared of him, he was so tall. But then he explained that if I worked hard, I could win a Paralympic gold medal. I met with friends afterwards and I cried when I told them about the great opportunity I had."
Club / Team
START Radom: Poland
Name of coach
Jacek Szczygiel [club], POL; Zbigniew Lewkowicz [national], POL

In 2008 he was named Most Popular Athlete of the Radom region of Poland by Echoes of the Day [Echa Dnia]. (niepelnosprawni.pl, 12 Jan 2009)
Impairment
During childbirth his shoulders were damaged leaving him with fixed shoulder joints. (partnerstwo.onet.pl, 02 Oct 2011)
Other information
OTHER ACTIVITIES
After his medal-winning performance at the 2008 Paralympic Games in Beijing, he landed a role as a pundit and commentator at a television station in Poland. He covered both para-athletes and able-bodied sporting events for the channel. (media2.pl, 21 Nov 2008)