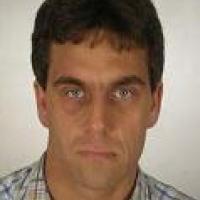 When and where did you begin this sport?
He took up the sport in 1998.
Why this sport?
He had previously played football, but after his accident found ice sledge hockey to be the fastest team para-sport.
Name of coach
Andreas Pokorny [national], GER
Preferred position / style / stance / technique
Defence

Injuries
In September 2015 he suffered a foot injury. (eissportclub-dresden.de, 14 Sep 2015)
Other sports
He has competed in handcycling at national level in Germany. (marathon-hannover.de, 30 Apr 2014)
Ambitions
To compete at the 2018 Paralympic Winter Games in Pyeongchang. (deutsche-paralympische-mannschaft.de, May 2015)
Impairment
He has had his left leg amputated above the knee following an accident. (adendorf-bulldogs.jimdo.com, 2013)