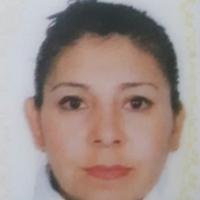 In 2016 she was given the Sports Award in the Impaired Athlete of the Year category in Aguascalientes, Mexico. (palestraaguascalientes.com, 18 Oct 2016)
Other sports
She represented Mexico in table tennis at the Paralympic Games in 2008 and 2016. (SportsDeskOnline, 15 May 2019)