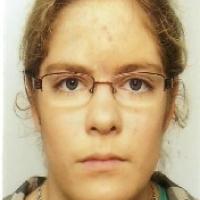 When and where did you begin this sport?
She took up the sport in 2002.
Why this sport?
She was good at athletics and enjoyed it.
Club / Team
HSC Erfurt: Germany
Name of coach
Willi Gernemann [national], GER

In 2008 she was presented with the Silberne Lorbeerblatt [Silver Laurel Bay Leaf] Award. (Athlete, 10 Feb 2011)
Impairment
She was born prematurely and contracted hemiparesis, which left her with muscle weakness on the right side of her body. (Athlete, 02 Aug 2010)