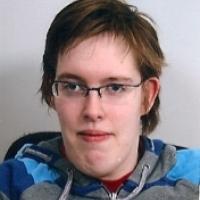 Sporting philosophy / motto
"The sky is the limit." (talentboek.nl, 05 Jan 2015)
Other sports
She has competed in Para table tennis at national level in the Netherlands, and was a member of the Dutch national Para swimming team from 2002 to 2008. (Athlete, 21 Aug 2017; LinkedIn profile, Jun 2016)
Impairment
She sustained brain damage because of a lack of oxygen at birth. (talentboek.nl, 05 Jan 2015)
Other information
FURTHER STUDIES
In addition to a master's degree in health science, which she completed in 2012, she began studying a master's degree in business administration and management in 2015. (LinkedIn profile, 01 Jun 2017)