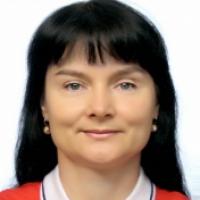 When and where did you begin this sport?
After competing in powerlifting from 2007, she began training in athletics in 2012 in Sasovo, Russian Federation.
Why this sport?
She switched from powerlifting to athletics after injuring her shoulder in 2012. "I was treated in Moscow where I met [Russian Para athlete] Aleksei Kuznetsov. He recommended shot put and javelin throw, told me all the niceties of athletics and helped me in everything. Thanks to Aleksei, everything worked out for me."
Club / Team
Ryazan Regional Centre of Sports Preparation: Russia
Name of coach
Yulia Bogacheva [sister], RUS

In 2017 she became an Honourable Citizen of her home city Sasovo in the Russian Federation. (ryazpressa.ru, 14 Aug 2017)

She holds the title of Honoured Master of Sport in the Russian Federation. (paralymp.ru, 17 Feb 2021; minsport.gov.ru, 25 Dec 2020)
Other sports
She has represented the Russian Federation in Para powerlifting, and won gold at the 2011 European Championships in Eger, Hungary. (Athlete, 04 Oct 2015)
Famous relatives
Her twin sister Yulia has participated in powerlifting. (rzn.rodgor.ru, 10 Feb 2010)
Ambitions
To win gold at the Paralympic Games. (novgaz-rzn.ru, 22 Oct 2020; Athlete, 23 Oct 2019)
Impairment
She broke her spine in a car accident at age 18. The driver of the taxi she was in was later found to have been under the influence of alcohol. (rzn.rodgor.ru, 10 Feb 2010)
Other information
POLITICIAN
In September 2020 she was elected to the City Duma [Parliament] of Sasovo in the Russian Federation. Her candidature was supported by over 77% of the town's population. (ryazan.er.ru, 23 Sep 2020)