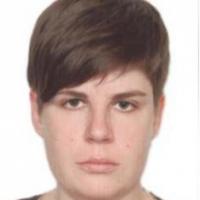 She has received the title of Honoured Master of Sport in Ukraine. (Athlete, 09 Apr 2020)
Ambitions
To win gold in the shot put at the 2020 Paralympic Games in Tokyo. (Athlete, 09 Apr 2020)
Other information
DOWNGRADE
She was initially given gold in the F35/36 discus event at the 2012 Paralympic Games in London but officials had made an error in calculating the final result and she was relegated to the silver medal position. Chinese athlete Wu Qing was awarded the gold instead. Pomazan said she then used the disappointment to help her win gold in the shot put event. "I was very, very angry. I didn't even know I could be that angry, so this resulted in very strong feelings for such a performance in the shot put." (standard.co.uk, 03 Sep 2012)