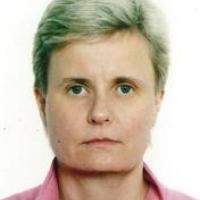 When and where did you begin this sport?
She took up the javelin at a young age and rediscovered the discipline after acquiring her impairment in 2008.
Why this sport?
She was encouraged to take up the javelin again while undergoing rehabilitation.
Club / Team
Siilinjarven Ponnistus: Finland
Name of coach
Kimmo Kinnunen [personal], FIN

Sporting philosophy / motto
"Everything is worth giving a try." (paralympia.fi, 13 Aug 2012)
Awards and honours
She was named the 2014 Female Athlete of the Year by the Kuopion Reipas sports club in Finland. (kuopionreipas.fi, 25 Nov 2014)
Ambitions
To compete at the 2020 Paralympic Games in Tokyo. (paralympia.fi, 30 Aug 2020)
Impairment
She has paraplegia as a result of complications that arose during neck surgery in 2008. (avainapteekit.fi, 25 Mar 2015)