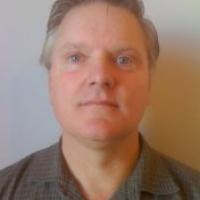 When and where did you begin this sport?
He began skiing at age nine.
Why this sport?
He initially was influenced to pursue ski racing by his friends' success in the sport. The deterioration of his vision led him to take a break from skiing. "My eye disease had started taking back my ability to ski the race course. I trained well because you have the course memorised, but I wouldn't race well. I'd ski off the course or miss gates. Then I hardly skied at all during the 1980s. I lived in Europe for a couple years, and lived in Los Angeles for about eight years and that didn't really lend itself to skiing, so when I moved back to Seattle in the early 1990s friends got me back into it. Quite honestly, when I was diagnosed with my eye disease in 1986, I thought someday I'd probably do the Paralympics."

Hobbies
Reading, cooking, following politics, investing. (teamusa.org, Mar 2014)
Sporting philosophy / motto
"There are two main reasons I stick with it. One, I really do love it, it's just an awesome sport. It's a flight-or-fight mechanism every time you go. The other thing is, all these other athletes have some real challenges in their lives and handle them with tremendous grace and dignity. It's really inspiring and it's very therapeutic. Being around these young people keeps me feeling young and helps me cope with my own vision loss, helps me in my everyday life, which is 90% of my time." (pyeongchang2018.com, 07 Mar 2018)
Awards and honours
He was named Best Male Paralympian at the 2014 Paralympic Winter Games in Sochi by the United States Olympic Committee [USOC]. (paralympic.org, 03 Apr 2014)
Ambitions
To compete at the 2018 Paralympic Winter Games in Pyeongchang. (blogs.anderson.ucla.edu, 17 Aug 2016)
Impairment
In 1986 he was diagnosed with retinitis pigmentosa, a degenerative visual impairment. (depts.washington.edu, 01 Mar 2012; magicvalley.com, 30 Jan 2010)
Other information
VETERAN SKIER
He is competing at the 2018 Paralympic Winter Games in Pyeongchang at age 59. "Four years ago when I was 55 my body had no issues at all. It didn't feel like it was inhibiting me at all. But I must say, four short years later it feels like it is breaking down a little bit. I have to sleep so much more now than I used to, [and do] way more stretching than I did even four years ago. Anything associated with recovery I have to invest a lot more time in." (pyeongchang2018.com, 07 Mar 2018)

SANCTION
In 2010 he returned an adverse analytical finding for the prohibited substance acetazolamide during an out-of-competition test. Soon after being notified of the results he was granted a Therapeutic Use Exemption [TUE] for the substance, but he did not have the TUE at the time of the test. He accepted a public warning from the United States Anti-Doping Agency [USADA]. (usada.org, 28 Dec 2010)

OTHER STUDIES
He studied for a master's of business administration degree at the University of California in Los Angeles, CA, United States of America. (teamusa.org, Mar 2014)