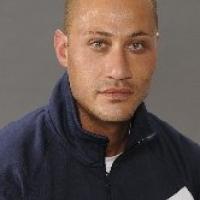 Club / Team
High Performance Paralympic Team: Chula Vista, CA, USA
Name of coach
Juaquim Cruz, Troy Engle.
Coach from which country?
United States
Training Regime
Wakes up at 7:30 am, and then bikes and runs a mile before breakfast. Then he does simulated runs in the pool and heads to the gym for about 2.5 hours, followed by a 45 minute cool-down session. After lunch he does about 45 minutes of cardio exercises.

He battled multiple knee surgeries and a staph infection during the 2008 racing season. (US Paralympics, 9 Mar 2010)

He had major reconstructive knee surgery in 2006, ruling him out of competition for six months prior to the IPC World Athletics Championships that year. (US Paralympics, 9 Mar 2010, marlonshirley.com, 9 Mar 2010))

Recipient of 2006 Hall of champions award (marlonshirley.com, 12 Nov 2010)
Awards and honours
He broke the world record in the 100m [T44 classification] while competing in Espoo, Finland in April 2007. (ipc-athletics.paralympic.org, 9 Mar 2010)

He is a two-time winner of the ESPY Award for Best Male Athlete with a Physical Disability, receiving the award for 2003 and for 2005. (US Paralympics, 9 Mar 2010)

He set a world record in the long jump [T44 classification] while competing in Villeneuve d'Ascq, France in July 2002. (ipc-athletics.paralympic.org, 9 Mar 2010)
Impairment
He lost his left foot in a lawn mower accident at age five while living in an orphanage He then had the same leg amputated further up after being injured playing American football in high school. (ossur.com, 9 Mar 2010)
Other information
ORIGINS
Abandoned by his mother at age three in Las Vegas, he lived on the street and in orphanages before finding his way into a foster home in Utah at age nine. (ossur.com, 9 Mar 2010; marlonshirley.com, 9 Mar 2010)