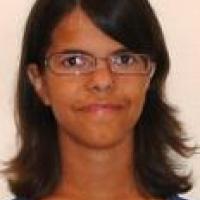 When and where did you begin this sport?
She began swimming at age six in Elche, Spain, and took up the sport competitively in 2004.
Why this sport?
She followed her brother into the sport at Elche Club Natacion in Spain.
Club / Team
CE Aquarium Alacant: Spain

Hobbies
Playing the trumpet. (yosoynoticia.es, 24 Mar 2017)
Hero / Idol
Spanish Para swimmers Ricardo Ten and Teresa Perales. (abc.es, 08 Dec 2014)
Injuries
A knee injury prevented her from achieving the qualifying mark ahead of the 2010 World Championships in Eindhoven, Netherlands. (politicadelopersonal.blogspot.com, 01 Jul 2018; abc.es, 08 Dec 2014)
Sporting philosophy / motto
"Limits are there to be broken. If you want to achieve something, you must do the unthinkable to do it." (politicadelopersonal.blogspot.com, 01 Jul 2018)
Awards and honours
In 2018 she was named Dame of Honour by the Real Order of the Dame of Elche in Spain. (diarioinformacion.com, 01 Aug 2018)

She was named the 2009 Best Para Athlete of the province of Alicante in Spain. (Facebook page, 13 May 2019; aramultimedia.com, 11 Jun 2010)
Impairment
She has achondroplasia and is a person of short stature. (politicadelopersonal.blogspot.com, 01 Jul 2018)