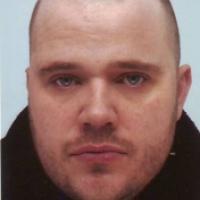 When and where did you begin this sport?
He began athletics as a child.
Why this sport?
He was originally involved in sprints before realising he had a talent for throwing.
Club / Team
Cannock & Stafford: England
Name of coach
Geoff Capes

Hobbies
Reading, browsing the internet, supporting his favourite football team Liverpool FC.(paralympics.org.uk, 18 Jan 2010)
Ambitions
To compete at the 2016 Paralympic Games in Rio de Janeiro after not being selected for the 2012 Games in London. (birminghammail.net, 25 Aug 2012)
Impairment
He has dyspraxia and mild cerebral palsy. (lloydstsblondon2012.co.uk, 16 Aug 2012)
Other information
COACH
He is a qualified UK Athletics coach. (paralympics.org.uk, 18 Jan 2010)

OCCUPATION
In addition to training, he works as a data entry processor for Newlife charity in Cannock, England. (newlifecharity.co.uk, 23 Aug 2012)