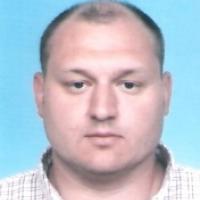 Nicknames
Throwing Machine (Athlete, 23 Apr 2012)
Memorable sporting achievement
Competing at the 2000 Paralympic Games in Sydney. (Athlete, 23 Apr 2012)
Other information
BEIJING DISAPPOINTMENT
Despite setting a Paralympic record in the F55/56 discus classification at the 2008 Paralympic Games in Beijing, he could only finish in fourth place. The system used to calculate points in events with multiple impairment classifications is partially based on world records, which made winning the event more difficult for him after he set one in 2006. "It's an injustice with the coefficients. I had basically killed our group because almost nobody was able to meet the limit." (sport.cz, 22 Oct 2009)