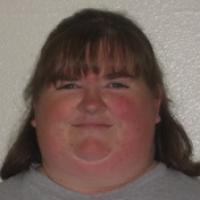 When and where did you begin this sport?
She took up the sport in 1990 at age 16 at Royal Oak, MI, United States.
Why this sport?
A teacher and coach at her high school recommended she give powerlifting a go, to stay active despite her impairment. She did not enjoy typical sports and saw powerlifting as an outlet to have fun and stay fit.

Memorable sporting achievement
Competing at the 2000 Paralympic Games in Sydney. (Athlete, 08 Feb 2012)
Most influential person in career
Her high school coach. "He figured out that this is what I needed to do. He, and every coach has believed in me. He has always said 'Stack just go for it'." (listeningin.org, 02 Aug 2008)
Superstitions / Rituals / Beliefs
Music is very important in both her competition and training schedule. She uses music to help her focus, creating a playlist which runs for the exact time she has in between her lifts in competition. She also gets a new pair of shoes for each meet and wears the same socks. (ncpad.org, 11 Jul 2009; Athlete, 08 Feb 2012)
Sporting philosophy / motto
"Always strive to do your best even when things are tough, and always do as much as you can for as long as you are able." (Athlete, 08 Feb 2012)
Awards and honours
She was inducted into the Michigan Athletes with Disabilities Hall of Fame in 2001. (Athens 2004)
Impairment
She was born with a para-thyroid [pseudohypoparathyroidism] condition which limited her bone growth and produces tumours in her joints. (listeningin.org, 02 Aug 2008)
Other information
PARALYMPIC HEARTACHE
She was knocked out of the 2004 Paralympic Games in Athens and the 2008 Paralympic Games in Beijing because of technical fouls. At the 2012 Paralympic Games in London, her final lift, which would have earned her bronze, was deemed technically flawed as well. But she did not let it sour her performance overall. "I will take fourth in the world," she said. "It's the best that I've done at a Paralympic Games." (annarbor.com, 21 Sep 2012)