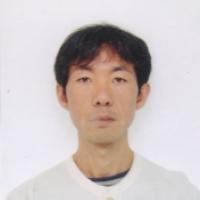 When and where did you begin this sport?
He took up the sport in year seven of middle school. He began concentrating on marathon at age 23.
Why this sport?
He was not very good at ball games, so he decided to try athletics.
Club / Team
RUNWEB: Japan

Awards and honours
In 2016 he was presented with the Governor's Award in Chiba Prefecture, Japan. (pref.chiba.lg.jp, 01 Nov 2016)
Ambitions
To win gold or silver at the 2020 Paralympic Games in Tokyo. (nikkansports.com, 20 Sep 2016)
Impairment
He was diagnosed with retinitis pigmentosa, a degenerative eye condition, in year seven of middle school. (nikkei.com, 26 Feb 2016; sports.yahoo.co.jp, 10 Sep 2012)
Other information
GUIDE
He participated as a guide runner at the 2008 Paralympic Games in Beijing. His vision continued to deteriorate so he was able to compete as an athlete at the 2012 and 2016 Paralympic Games. (SportsDeskOnline, 05 Oct 2017; nikkei.com, 26 Feb 2016)

OCCUPATION
He used to work as secretary of the supreme court in Shizuoka, Japan, but resigned due to the deterioration of his vision. Afterwards, he became a teacher at Chiba Prefectural School for the Blind in Japan. (osaka-ekiden.jp, 17 Jun 2017; nikkei.com, 26 Feb 2016; city.omaezaki.shizuoka.jp, 01 Aug 2012)