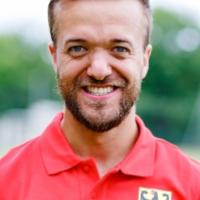 When and where did you begin this sport?
He took up the sport in 2005 in Leverkusen, Germany.
Why this sport?
He was invited to an athletics trial training session.
Club / Team
FC Kaiserslautern: Germany
Name of coach
Markus Reichle [personal], GER

He competed at the 2012 Paralympic Games despite sustaining an injury two weeks before the Games. (netzathleten.de, 26 Aug 2016)

In March 2010 he injured his back during a strength session. He underwent surgery on the injury five months later. (mathias-mester.de, 01 Dec 2010)
Sporting philosophy / motto
"Whether small or tall, we are all just people." (menshealth.de, 14 Aug 2012)
Awards and honours
He was named the 2018 Rhineland-Palatinate Sportsperson of the Year in Mainz, Germany. (swr.de, 13 Jan 2019)

He was named the 2008 Paralympic Sports Personality of the Year in North Rhine-Westphalia, Germany. (ksta.de, 14 Apr 2009)

In 2008 he was presented with the Felix Award by the state government of North Rhine-Westphalia, Germany. (ksta.de, 14 Jan 2008)

He has received the Silbernes Lorbeerblatt [Silver Bay Laurel Leaf], the highest sports award in Germany. (mathias-mester.de, 01 Dec 2010)
Ambitions
To win a gold medal at the 2020 Paralympic Games in Tokyo. (azonline.de, 25 Dec 2019)
Impairment
He was born with achondroplasia and is a person of short stature. (mathias-mester.de, 01 Dec 2010)
Other information
OTHER ACTIVITIES
He worked as a reporter for German television during the 2018 Paralympic Winter Games in Pyeongchang. (general-anzeiger-bonn.de, 10 Mar 2018)