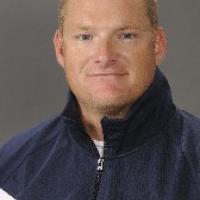 When and where did you begin this sport?
He was a shot put and discus state champion in high school, before becoming a athletics and American football coach. Six months after his accident he began training for the Parapan and Paralympic Games.

Nicknames
Matt (kcbd.com, 04 Aug 2012)
Sporting philosophy / motto
"I was determined that I wasn't gonna let this [impairment] defy me and ruin my life, I had that motivation to get up and get on with my life." (dailytoreador.com, 05 Apr 2012)
Impairment
In December 2005 he lost his left leg in a natural gas explosion while he was working on a well in Fort Worth, United States. (dailytoreador.com, 05 Apr 2013; lubbockonline.com, 24 Aug 2008)
Other information
DOPING VIOLATIONS
In June 2011 he tested positive for tetrahydrocannabinol acid, a marijuana metabolite in the class of cannabinoids. He accepted a three-month suspension in July 2011 and was stripped of his results at the 2011 US Championships, but he completed a United States Anti-Doping Agency [USADA] programme which resulted in his ineligibility period being reduced. He then tested positive for hydrochlorothiazide and chlorothiazide in a sample that was collected on 29 June 2012 at the US Paralympic Trials in Indianapolis, United States. He accepted a one-year period of ineligibility, which began on June 29, 2012. (kcbd.com, 04 Aug 2012; usada.org, 18 Jul 2011)