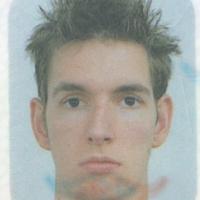 When and where did you begin this sport?
He took up the sport at age 11 at the Lilydale Swimming Club in Kilsyth, VIC, Australia.
Why this sport?
He initially began swimming for fitness and enjoyment.
Club / Team
Camberwell Grammar Aquatic: Melbourne, VIC, AUS

Nicknames
Matt, Monty [when training one time in cold weather in Colorado, United States of America, he says he tensed up and looked like Simpsons' character Monty Burns], Pineapple [because of the similarity to his last name]. (Twitter profile, 12 Jun 2018; Athlete, 30 Aug 2012)
Hobbies
Travel, social events, golf. (results.gc2018.com, 01 Jan 2018; vis.org.au, 01 Jan 2017)
Memorable sporting achievement
Winning gold in the 4x100m freestyle relay and bronze in the 4x100m medley relay at the 2012 Paralympic Games in London. (paralympic.org.au, 2015)
Most influential person in career
His family, his friends, his teammates and his school teacher Terry Bennett. (education.vic.gov.au, 14 Feb 2019; Athlete, 30 Aug 2012)
Hero / Idol
Australian road cyclist Cadel Evans, US swimmer Michael Phelps. (Athlete, 30 Aug 2012; swimming.org.au, 18 Jun 2014)
Injuries
He underwent shoulder surgery in September 2014, which ruled him out of the 2015 World Championships in Glasgow, Scotland. (paralympic.org.au, 2015)
Sporting philosophy / motto
"If you no longer go for a gap that exists, you are no longer a racing driver because we are competing, we are competing to win." [Ayrton Senna] (Athlete, 30 Aug 2012)
Awards and honours
He was presented with the Medal of the Order of Australia [OAM] in 2014. (Facebook page, 18 May 2015)

He received the Rent the Roo Sports Award at the 2013 Victorian Young Achiever Awards in Australia. (renttheroo.com.au, 06 May 2013)
Famous relatives
His first cousin is 2011 Tour de France winner Cadel Evans. (ssv.vic.edu.au, 02 Aug 2016; Athlete, 29 Apr 2011)
Impairment
He was born with cerebral palsy as the result of perinatal stroke during the 20th week of pregnancy. (paralympic.org.au, 2015)
Other information
EARLY DAYS
He completed the majority of his primary school education in Port Vila, Vanuatu. His father worked for the ANZ bank and was relocated there. (Athlete, 30 Aug 2012)

OTHER ACTIVITIES
He has served as an ambassador for the Cerebral Palsy Education Centre in Glen Waverley, VIC, Australia. (Twitter profile, 23 Aug 2016)