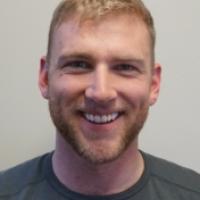 When and where did you begin this sport?
He first tried Para snowboard in Breckenridge, CO, United States of America.
Why this sport?
His recreational therapist suggested he try Para snowboard. He flew to Breckenridge, CO, United States of America, to try the sport. While he was there he met the US Paralympic snowboarding team. "I got to meet these men and women who had been amputees for decades and they were going forth and representing our country. That day everything changed. The next morning I climbed out of my bed, put my leg on and snowboarded so hard my leg was bleeding at the end of it."

Nicknames
Matt (Disabled Sports USA YouTube channel, 29 May 2015)
Sporting philosophy / motto
"Be who you need when you needed someone most." (Instagram profile, 18 Dec 2017)
Impairment
In September 2011 he was serving with the US Army in Afghanistan when the vehicle he was travelling in struck an improvised explosive device [IED]. Both of his feet were shattered and his ankles dislocated. He underwent 24 operations in the next two years. He had his left leg amputated below the knee after contracting an MRSA infection in July 2013. A year later he had his right leg amputated below the knee. (gigmasters.com, 2016; Disabled Sports USA YouTube channel, 29 May 2015; theberry.com, 17 Mar 2015)