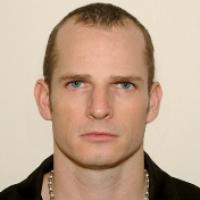 When and where did you begin this sport?
He took up the sport in 2007.
Why this sport?
He initially tried para-swimming but later took up para-athletics and found he was much better at it.