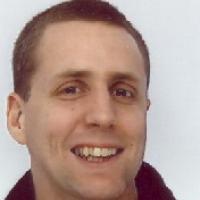 When and where did you begin this sport?
He began swimming at age five and earned a place in the British team in 1996.
Why this sport?
Doctors encouraged his parents to introduce him to the sport to help with his cerebral palsy. Later, he was inspired to compete internationally by watching the 1988 Olympic Games in Seoul on television.
Club / Team
City of Manchester Aquatics: England
Name of coach
Mark Rose [club], GBR; Rob Greenwood [national], GBR

Nicknames
Mathos (sportcentric.com, 03 Feb 2010)
Memorable sporting achievement
Winning a bronze medal at the 2006 Commonwealth Games in Melbourne, VIC, Australia. (swimming.org, 25 Nov 2014)
Most influential person in career
Mark Rodds. (swimming.org, 10 Jul 2011)
Sporting philosophy / motto
"All athletes are the same, regardless of whether you’re able-bodied or not. We all have to train and put the work in." (metro.co.uk, 04 May 2006)
Awards and honours
He was named a Member of the British Empire [MBE] in 2009. (paralympics.org.uk, 03 Feb 2010)
Impairment
He has cerebral palsy which affects his entire body. He was born with a lot of nerves in his upper body trapped and his muscles didn’t develop as normal. Without exercise his body stiffens and he has difficulty walking. (metro.co.uk, 04 May 2006)
Other information
SCOUTS
He has been involved with the Scouts for many years, and was presented with the Queen's Scout Award by the Queen at Windsor Castle in 1999. (paralympics.org.uk, 03 Feb 2010; manchestereveningnews.co.uk, 05 Sep 2012)