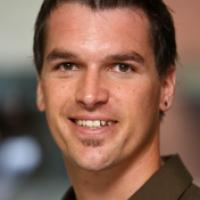 When and where did you begin this sport?
He began skiing at age three with his two older sisters, and competed in his first race at age five. Following his accident, he took up skiing with a prosthesis in 2009, and began training for competitions in 2011.
Club / Team
Sports Union Abtenau: Austria
Name of coach
Eric Digruber [national], AUT; Christian Schiefermuller [personal]

Nicknames
Lanzi (lanzi.at, 04 Feb 2013)
Hobbies
Riding motorbikes, playing football, tennis. (lanzi.at, 02 Feb 2015)
Most influential person in career
His family. (krone.at, 03 Mar 2013)
Hero / Idol
His father. (krone.at, 03 Mar 2013)
Injuries
He had surgery on the stump of his amputated leg in 2012 after it became inflamed. (salzburg24.at, 16 Nov 2012)
Awards and honours
He was named Disabled Athlete of the Year in 2013 by the Austrian Sports Journalists Association. (lanzi.at, 01 Nov 2013)
Other sports
He competed in able-bodied skiing before his accident, finishing third in super G at the 2005 World Cup event in Beaver Creek, CO, United States. (SportsDeskOnline, 06 Feb 2013; nydailynews.com, 04 Mar 2008)
Impairment
During a 2008 World Cup super G event in Kvitfjell, Norway, he crashed and broke the tibia [shinbone] and fibula in his left leg. The double fracture severely damaged blood vessels, hampering circulation to his leg. His leg was amputated below the knee because of complications that arose from the two broken bones. (nydailynews.com, 04 Mar 2008)