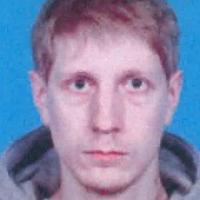 When and where did you begin this sport?
He began snowboarding in 1997 in Finland. He took up Para taekwondo in 2000 in the Philippines.
Club / Team
TU11 [taekwondo, FIN] / Grifk Alpine [snowboard, FIN] / Helsingin Lumilautailijat [snowboard, FIN]:
Name of coach
Sampo Pajulampi [taekwondo, personal]
Training Regime
He trains for 10-15 hours a week.

Hobbies
Skateboarding, dog training, knife and tomahawk throwing, drawing. (Facebook page, 19 Nov 2020; hs.fi, 22 Jan 2018; Athlete, 05 Mar 2022)
Memorable sporting achievement
Coaching a snowboard student to the Finnish national title. (Athlete, 05 Mar 2022)
Most influential person in career
Coach Sampo Pajulampi. (Athlete, 05 Mar 2022)
Sporting philosophy / motto
"Everyone you meet is fighting a battle you know nothing about." (suomentaekwondoliitto.fi, 2011)
Other sports
He has competed in Para taekwondo at international level, winning silver at the world championships in 2012 and 2014. (SportsDeskOnline, 16 Sep 2016; suomentaekwondoliitto.fi, 2011)
Impairment
He sustained a brachial plexus injury in a motorcycle accident in 2002 and his left arm was amputated. (Athlete, 10 Mar 2018; worldtaekwondo.org, 09 May 2021; yle.fi, 05 May 2021)
Other information
TIME ABROAD
He estimates that he has spent about 20 years of his life in the People's Republic of China. He lived there on three separate occasions during his childhood, due to his father's job, and also studied at a Chinese university. His Chinese name is Liu Di and he is fluent in Mandarin. "It feels like I'm a tour guide here [at the 2022 Paralympic Winter Games in Beijing] because I'm so familiar with this place already. [I was at university here for] six years. I failed the exams twice due to my poor studies so I had to extend two more years at the university." (globaltimes.cn, 09 Mar 2022)

MULTI-SPORT ATHLETE
He competes in both Para snowboard and Para taekwondo and says the variation in his training aids recovery. "It could be seen as a lot to take on, but I see it as balance. I think it's good to switch between the two - it works for me. The muscles that need rest get to rest. When I was younger, I enjoyed a lot of martial arts. Judo was the first, then it changed to wushu, which has many different styles, so I've played with them a bit. I found taekwondo in high school and it somehow suited me." (yle.fi, 05 May 2021)

OTHER ACTIVITIES
In October 2021 he became a board member of the Finnish Taekwondo Federation. He also runs the Knife Throwing Association in Espoo, Finland. (suomentaekwondoliitto.fi, 01 Nov 2021; tu11.fi, 23 Oct 2021; espoonuutisvirta.wordpress.com, 12 Apr 2021)

FURTHER EDUCATION
He has studied at Beijing Language and Culture University in the People's Republic of China. In 2005 he was an exchange student at the University of Prince Edward Island in Charlottetown, PE, Canada. (Athlete, 10 Mar 2018; LinkedIn profile, 01 Jan 2012)