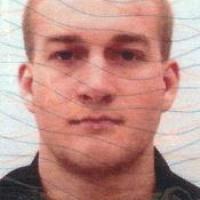 When and where did you begin this sport?
He began competing in Para athletics in April 2012.
Why this sport?
Coach Teri Jordan recruited him to join Pennsylvania State University Ability Athletics.

Sporting philosophy / motto
"It doesn't really matter what are you good at before you got hurt, you have to figure out what you are good at after you get injured." (centredaily.com, 09 Feb 2018)
Other sports
He has represented Team Navy in wheelchair basketball, sitting volleyball and swimming. (timescall.com, 03 May 2012)
Impairment
In 2009 he was part of a US Marine Corps convoy in Iraq when his humvee was hit by a rocket propelled grenade [RPG]. He underwent a total of 15 operations on his right leg over the following two years, but doctors were eventually forced to amputate the limb below the knee in 2011. (psu.edu, 06 Jan 2015; centredaily.com, 23 Jun 2016; centredaily.com, 09 Feb 2018)
Other information
FUTURE AMBITION
He has studied bioengineering at Pennsylvania State University and aspires to work in advancing the technology of prosthetic limbs. "With this war, the advancements in prosthetics have increased so much. When I was at [Walter Reed National Military Medical Center], my prosthetist would call me when product representatives would come in, and I'd try out various limbs to see if I could break them. That's what I want to do, I think that would be useful for my community." (psu.edu, 06 Jan 2015)

PRESIDENTIAL GUEST
In June 2009 he met then US President Barack Obama at the former National Naval Medical Center [NNMC], now known as The Walter Reed National Military Medical Center. He met the president for a second time in February 2012 after he was invited to a dinner to honour Iraq War veterans and their families at the White House. (navy.mil, 27 Feb 2012)