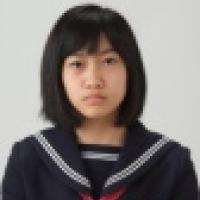 When and where did you begin this sport?
She began cross-country skiing when she was a primary school student at age nine in northern Akita, Japan. She took up the sport seriously in her second year of junior high school by participating in national and international competitions.
Why this sport?
After entering competitions at school, she was invited to a training camp for top skiers and progressed from there.
Club / Team
Akita Minami Senior High School: Japan
Name of coach
Hideki Arai [national], JPN; Norio Odaira [national], JPN