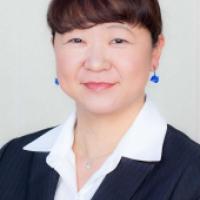 When and where did you begin this sport?
She began Para swimming in 1994 and started competing the same year.
Why this sport?
Some of her friends encouraged her to participate in a Para swimming competition as part of a relay team.
Club / Team
Yokohama Sakura Swimming School : Japan
Name of coach
Takumi Uegaki [national], JPN; Masayuki Horikoshi [personal], JPN, from 2014
Training Regime
She trains every day, covering at least three kilometres per day.

She was named 2005 Female Athlete of the Year by the International Paralympic Committee [IPC]. (paralympic.org, 25 Oct 2005)

She received the Kawasaki Sports Award in 1995. (seiwabl.co.jp, 2004)
Ambitions
To compete at the 2020 Paralympic Games in Tokyo. (hochi.news, 06 Mar 2021)
Impairment
She has used a wheelchair since age 13 due to myelitis, a condition that causes inflammation of the spinal cord. Later, a car accident in 1994 resulted in quadriplegia. (IPC brochure, 2008; Athlete, 11 Sep 2019)
Other information
MISSING LONDON 2012
After the 2008 Paralympic Games in Beijing, she spent the next four years in and out of hospital due to injuries and medical conditions, and was not able to compete at the 2012 Paralympic Games in London. During this time she decided to focus on other activities, which included serving as an executive board member for the Organising Committee of the 2020 Olympic and Paralympic Games in Tokyo. She returned to competition in November 2014, because she wanted to inspire young Para athletes ahead of the 2020 Paralympic Games. "There are messages that you can send only as an athlete. Swimming is the only thing I can do. If I can make people pay more attention to the Paralympic Games by swimming, I'm willing to work harder." (number.bunshun.jp, 11 Nov 2019; kanpara.com, 27 Jun 2015; yomiuri.co.jp, 21 May 2008)

OTHER ACTIVITIES
She has served as an ambassador to Kawasaki Citizens Culture, a visiting researcher at the Sports Science Research Institute of Nippon Sport Science University, and as a vice president of the Kanto Swimming Federation for the Disabled in Japan. (number.bunshun.jp, 11 Nov 2019; kanpara.com, 01 Sep 2016; Athlete, 06 Sep 2016; kanpara.com, 27 Jun 2015)