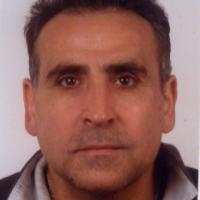 When and where did you begin this sport?
He began Para alpine skiing in 2010 in France.
Why this sport?
He lived close to the mountains in France. "It was my favourite hobby before my accident, and I wanted to prove to myself that I could still keep moving and do whatever I love."
Club / Team
Ski Club du Hohwald: France
Name of coach
Dany Iselin [club], FRA; Fevzi Canibek [national], TUR; Ersin Beyduz, TUR, from 2017

Most influential person in career
Turkish weightlifter Mehmet Altin. (Athlete, 11 Mar 2018)
Hero / Idol
Turkish weightlifter Naim Suleymanoglu. (Athlete, 11 Mar 2018)
Injuries
He was flag bearer fro Turkey at the opening ceremony of the 2018 Paralympic Winter Games in Pyeongchang. He performed the same role at the 2014 Paralympic Winter Games in Sochi. (pyeongchang2018.com, 09 Mar 2018; paralympic.org, 07 Mar 2014)
Sporting philosophy / motto
"People who want to succeed find a solution, others find excuses." (Facebook profile, 14 Jan 2019)
Other sports
Prior to his accident he competed in weightlifting at national level in France between 1993 and 1996. (Athlete, 11 Mar 2018)
Milestones
Along with fellow Para alpine skier Erik Bayindirli, he was part of the first delegation of Turkish athletes to compete at the Paralympic Winter Games, in 2014 in Sochi. Four years later in Pyeongchang, he became the first Turkish athlete to compete at two editions of the Paralympic Winter Games. (SportsDeskOnline, 16 Jan 2019; paralympic.org, 01 Mar 2014)
Impairment
His leg was amputated below the knee after he was involved in a traffic accident in 2009. (Athlete, 11 Mar 2018; maraton.com.tr, 15 Jan 2014)
Other information
OCCUPATION
He owns and manages a butcher and grocery shop in Barr, France. (Facebook profile, 14 Jan 2019; cuej.info, 09 Dec 2014)