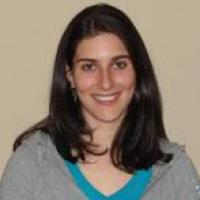 When and where did you begin this sport?
She took up skiing at age nine with Ontario Track 3 Ski Association in Canada, and began racing in 2007.
Why this sport?
She initially got into racing in 2006/07 on the assumption it would be a one-season commitment. "Somehow I got hooked on racing and my one-year experiment developed into a career."
Club / Team
Aspen Valley Ski and Snowboard Club: United States

Nicknames
Mel (aoprt.ca, 17 Feb 2013)
Hobbies
Cycling, cooking. (teamusa.org, 07 Mar 2018)
Hero / Idol
Swiss alpine skier Didier Cuche. (aoprt.ca, 17 Feb 2013)
Sporting philosophy / motto
"All things are possible, except for skiing through a revolving door." (canadianathletesnow.ca, 31 Dec 2010)
Awards and honours
She took part in the torch relay ahead of the 2010 Olympic Winter Games in Vancouver. She skied her leg of the relay at the Blue Mountain resort in Canada. (simcoe.com, 29 Dec 2009)
Ambitions
To compete at the 2018 Paralympic Winter Games in Pyeongchang. (Twitter profile, 21 Jul 2017)
Impairment
She is a congenital leg amputee, and is also missing most of her right hip. (teamusa.org, 14 Oct 2013)
Other information
COMPETING FOR UNITED STATES OF AMERICA
She is a dual citizen of Canada and United States of America. She previously represented Canada at international level, including at the 2010 Paralympic Winter Games in Vancouver, but switched to compete for United States of America. "Coming from the Canadian team, my new American teammates had some expectations for me. When I first joined the team I was told that I needed to learn all 32 NFL [National Football League] teams. I was a little baffled this would be the top priority for American knowledge. I quickly memorised all the teams and have been subject to random NFL testing. More recently, I was instructed to learn The Star-Spangled Banner [US national anthem]. I'm surprised this requirement was a lower priority than the NFL teams but I finally learned it." (teamusa.org, 14 Oct 2013)