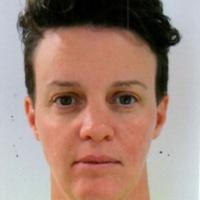 When and where did you begin this sport?
She played wheelchair basketball while her ankle was being treated for the initial break between 2008 and 2011. In 2014 she joined a national elite sports development programme in Gold Coast, QLD, Australia.

Nicknames
Mel (kurrawasurf.com.au, 25 Sep 2017)
Injuries
She underwent reconstruction surgery on her shoulder in 2016. (kurrawasurf.com.au, 25 Sep 2017)
Sporting philosophy / motto
"I don't have the right to say, 'Suck it up, look at me' [to other people] because their pain or stress is relative to them. Not everyone has the ability to approach situations like I do." (kurrawasurf.com.au, 25 Sep 2017)
Other sports
She has represented Australia in Para canoe sprint. She has also competed for the Adelaide Thunder wheelchair basketball team in Australia, and played rugby at junior state level in Australia prior her impairment. (kurrawasurf.com.au, 25 Sep 2017; qasport.qld.gov.au, 17 Mar 2015; The Advertiser, 17 Jan 2015)
Impairment
In 2008 she broke her right ankle at an aerobics class. Over the next nine months she sustained another two fractures in the same joint, and a specialist recommended that she have surgery to remove a small piece of bone from the ankle. The procedure caused further complications and she underwent two more operations to fuse the joint together. After her plaster cast came off she found she was in extreme pain and began using a wheelchair to move around. A second specialist then suggested amputation, and in July 2011 the lower part of her right leg was removed. She went on to have a further 25 operations and in 2014, after experiencing phantom pain, she had a second amputation to remove her right leg to above the knee. "The last amputation was the worst for me. I had less tears with the last amputation but from a psychological point of view it was quite difficult." (kurrawasurf.com.au, 25 Sep 2017; The Advertiser, 17 Jan 2015)
Other information
PHANTOM PAIN
She has experienced phantom pain in her right leg since the limb was amputated. "The pain that the [amputated] foot goes through, I feel it. It's hard for people to understand but I can actually feel the pain, my toes being pulled back, my toenails being ripped off, my skin bubbling and being burnt. I paddled with a guy who had his legs blown off in Afghanistan and he complained one day about an itch [on his non-existent leg] and it lasted five minutes and he couldn't scratch it. He had nothing at all. They don't know why some people suffer and some don't." (kurrawasurf.com.au, 25 Sep 2017; The Advertiser, 17 Jan 2015)

MOTIVATION
She used the amputation of her right leg to drive herself to achieve more and set an example to her two children. "Having my leg amputated was probably the most empowering moment of my life. If I went downhill, what life lessons was I giving my children. To them I'm just mum but I know I'm more than that. I have this belief that we only live once and I want to be remembered - and I want to be happy." (kurrawasurf.com.au, 25 Sep 2017)