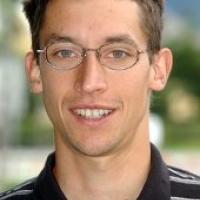 When and where did you begin this sport?
He has always loved two-wheeled sports such as cycling, free-riding and mountain biking [for which he is a former national champion]. He would ski in the winter to keep fit for these summer sports. He took up para-skiing after his accident in 1999.
Why this sport?
As an able-bodied athlete he would ski in the winter in order to keep fit. He quit para-cycling after the 2004 Paralympic Games in Athens because it kept him away from his family too often. He lives in the mountains, so naturally continued with skiing.
Club / Team
Dynafit Race Team: Austria
Name of coach
Wolfgang Egger [national], AUT