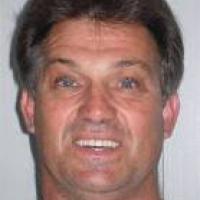 When and where did you begin this sport?
He began the sport in 1983 in Port Elizabeth, South Africa.
Club / Team
Eastern Province Athletics: Port Elizabeth, RSA
Name of coach
Kobus van Zyl [club], RSA

Hobbies
Watching movies, playing golf and snooker, reading. (ecas.co.za, 2012)
Memorable sporting achievement
Winning a bronze medal at the 2012 Paralympic Games in London. (iol.co.za, 05 Sep 2012)
Injuries
He competed at the 2008 Paralympic Games in Beijing with a pulled tendon, having injured it a week before the competition. (roadtorio.co.za, 24 Aug 2012)
Sporting philosophy / motto
"Practice makes perfect." (Athlete, 27 Jan 2011)
Awards and honours
He was named Athletics Athlete of the Year at the 2010 Premiere Awards in London, South Africa. (nmmu.ac.za, 30 Feb 2010)

He received the Sport Achievement of the Month award for February 2010 from the Nelson Mandela Metropolitan University in Port Elizabeth, South Africa. (nmmu.ac.za, 30 Feb 2010)

He was named 2002 UPE Athletics Club Athlete of the Year in South Africa. (theherald.co.za, 25 Sep 2002)
Impairment
In 1980, while serving in the South African army he was suffering from a persistent back injury. He underwent surgery, but due to complications the surgery left him with very little use of both legs. (roadtorio.co.za, 24 Aug 2012)
Other information
STOLEN EQUIPMENT
At the 2006 World Championships in Assen, Netherlands, the strapping for his throwing chair was stolen just before he was about to compete. "They stopped the competition for an hour while they tried to find the strapping, and in the end I had to use a tracksuit top to strap myself to the chair." (roadtorio.co.za, 24 Aug 2012)