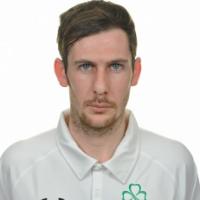 When and where did you begin this sport?
He got involved in the sport in 2000 at Abbey Athletics Club in Belfast, Northern Ireland. After originally focusing on hurling, he began taking athletics more seriously when he moved schools to St. Malachy's College, where his father was head coach.
Why this sport?
His parents both competed in athletics, and his father was also a coach. "Dad instilled in me a sense that anything was possible with his backing. Having started coaching me in athletics from the age of 11 or 12, there was only one person who was going to coach me when I broke into the international scene."
Club / Team
Bedford & County Athletics Club: England
Name of coach
Paddy McKillop [personal, father], NIR
Training Regime
He trains for up to seven days a week.

In 2012 he needed surgery after he fractured the scaphoid bone in his right wrist when he fell off a bicycle while on holiday in Rome, Italy. (bbc.co.uk, 10 Oct 2012)

He missed two months of training after he injured his right foot in October 2011. (michaelmckillop.tumblr.com, 21 Oct 2011)
Sporting philosophy / motto
"Life is a gift. So take the opportunity to excel in everything you do." (Facebook page, 09 Mar 2020)
Awards and honours
He was appointed Member of the Most Excellent Order of the British Empire [MBE] in the 2020 New Year's Honours list. (irishnews.com, 28 Dec 2019)

In 2017 he was inducted into the Belfast City Council Hall of Fame at the Belfast Sports Awards in Northern Ireland. (belfastcity.gov.uk, 27 Mar 2017)

He was named the 2015 Athlete with an Impairment of the Year at the Belfast Telegraph Sport Awards in Northern Ireland. (paralympics.ie, 26 Jan 2016)

In 2013 he received an honorary degree from Queen's University Belfast in Northern Ireland. (newtownabbeytoday.co.uk, 14 Dec 2013)

He and Kenyan Para athlete Mary Nakhumicha Zakayo received the Whang Youn Dai Achievement Award at the closing ceremony of the 2012 Paralympic Games in London. The honour is presented to the athletes who exemplified the best spirit of the Games by the International Paralympic Committee [IPC]. (rte.ie, 08 Sep 2012)
Other sports
He represented Ireland in able-bodied cross-country running at the 2009 European Championships in Dublin, Ireland. (Athlete, 07 Nov 2019)
Ambitions
To win a gold or silver medal at the 2020 Paralympic Games in Tokyo, and to compete at the 2022 World Championships in Kobe, Japan. He also wants to run the fastest time in marathon for a Para athlete with cerebral palsy. (bbc.com, 04 Feb 2021)
Impairment
He was born with cerebral palsy due to him having a stroke while still in his mother's womb. He was diagnosed with the condition after he fell down some stairs at age two. "The condition affects the right side of my body and my skills with my right hand and foot are not as good as my left side." (Athlete, 12 Jul 2017; belfasttelegraph.co.uk, 04 Sep 2012; bbc.co.uk, 29 Aug 2012)
Other information
RETIREMENT THOUGHTS
He suffered a groin injury at the 2017 World Championships in London, England, which affected him for over a year. He contemplated retirement ahead of the 2019 World Championships, but he has since committed to competing at the 2020 Paralympic Games in Tokyo. "I feel I've won my first battle in getting back after all the injuries and being able to wake up and run is good day. I intend carrying on until Tokyo but that will definitely be my last Paralympics. I have to take a broader view now and be more ambitious and focus on my family and professional career outside the competitive sport of a Para athletics." (bbc.com, 04 Feb 2021; irishtimes.com, 15 Nov 2019; derrytrackclub.com, 10 Aug 2019)

DARK TIMES
He has been affected by mental health issues during his career. He met with medical staff from Paralympics Ireland ahead of the 2012 Paralympic Games, but it was not until four years later during the lead-up to the 2016 Games in Rio de Janeiro that he sought help. "Winning races made me forget about it for a bit, but then you would go back to your room and think, 'That's another high gone, where is the next one going to come from.' I was at breaking point. I couldn't go on, I was thinking about giving up on life. I eventually got in touch with my GP and he put me in touch with a psychiatrist. I hid the letters from my parents. I would get them sent to my GP and he would organise another appointment with the psychiatrist. I broke it off with my wife, who was then my girlfriend, around that time. I pushed her away. I was selfish. She has since said that I should have told her and we could have worked through it but someone with mental health issues doesn't think about it like that. I think athletes need to understand that it's okay to feel sad and down but the most important thing is that you have to reach out. You have to talk about it when not everything is rosy in the garden." (independent.ie, 09 Feb 2020)

EPILEPSY
He was diagnosed with epilepsy at age 15. "The epilepsy has to be treated or it could take over my life, and I have to be careful not to overdo training. All the fits happen in my sleep so I know I'm going to be in a bed or somewhere safe, but when you do get one, it can leave you drained for up to a week and you barely leave your bed." (bbc.co.uk, 29 Aug 2012) 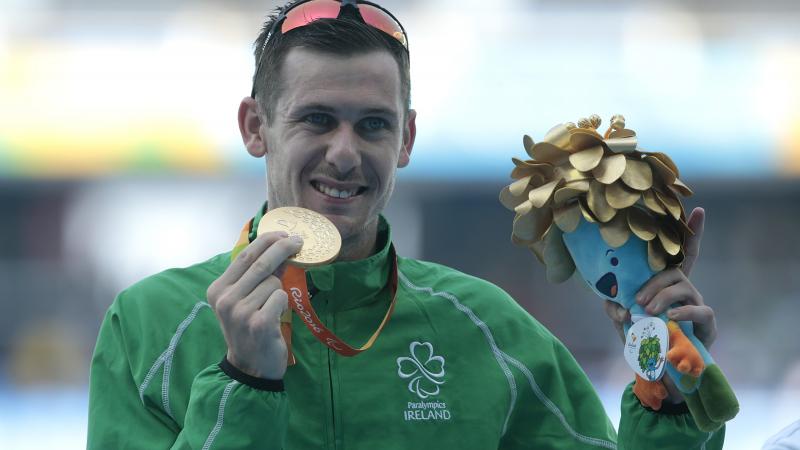