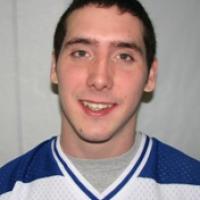 When and where did you begin this sport?
He began swimming at age five.
Why this sport?
His doctor recommended swimming as rehabilitation after Prout had a hip operation.

Nicknames
Little Mikey [because he was the smallest swimmer on the University of Massachusetts team]. (umassathletics.cstv.com, 21 Jun 2007)
Awards and honours
He captained the US swim team at the 2012 Paralympic Games in London. (Twitter profile, 03 Nov 2013)
Famous relatives
His younger sister Taryn has also swum for the University of Massachusetts in the United States. (umassathletics.cstv.com, 21 Jun 2007)
Impairment
He was born with his right arm shorter than his left, and a right hand with only three fingers. His right leg was also shorter and weaker than his left. (atlantic10.com, 12 Aug 2008)