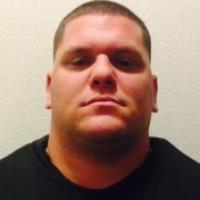 When and where did you begin this sport?
He took up Para athletics in 2014 at the Marine Corps Base Camp Pendleton in Oceanside, CA, United States of America.
Why this sport?
He took up the sport as a new way to compete following his injury. "The first time I ever picked up a shot put was March 2014. I won the national championship in June. We kept training and training and I won a second one and I kept going from there."

Hobbies
Working out, spending time with family and friends. (Facebook page, 02 Mar 2021)
Most influential person in career
His wife and children. (Athlete, 24 Oct 2015)
Hero / Idol
US American football player Lawrence Taylor. (Athlete, 24 Oct 2015)
Awards and honours
In 2015 he was named in Team USA's Best of May Honours for his performances that month. (teamusa.org, 09 Jun 2015)
Ambitions
To compete in as many Paralympic Games as possible including the 2020 Paralympic Games in Tokyo and to follow a career assisting injured service members. (Instagram profile, 22 Feb 2021; teamusa.org, 01 Oct 2016)
Impairment
In 2011 his right leg was severely injured in a combat explosion while he was serving as a sergeant in the US Marine Corps in Afghanistan. (teamusa.org, 01 Oct 2016; newjerseyhills.com, 03 Feb 2016)
Other information
OVERCOMING DEPRESSION
Following his injury he was affected by depression and considered taking his own life, but his service dog Sammie intervened and sport acted as therapy for his mental health issues. "I went through a really bad spell where I didn't want to do anything and I wanted to kill myself. I was going to do it and then my service dog jumped in my lap and knocked the gun out of my hands, stayed there and laid with me. I knew at that point in time I needed to do something. Sport is my therapy to go out there to train and be able to be out there again. With my competitive spirit and being a marine for just under 14 years, there's a need to train, fight and never lose." (newjerseyhills.com, 03 Feb 2016)

MILITARY SERVICE
He served for 13 years in the US Army. He was a squad leader and he led over 700 combat patrols in Iraq and Afghanistan. After his injuries, he worked in administrative roles until his retirement from the army in 2015. (LinkedIn profile, 01 Mar 2020)