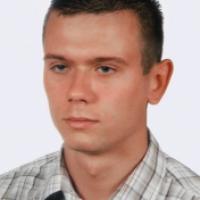 When and where did you begin this sport?
He took up the sport while he was in the third grade of secondary school at the START Tarnow club in Poland.
Why this sport?
When he joined the START Tarnow club, he practised swimming for three months before switching to athletics and discovered that he had a talent for sprinting. "I love the competition, the adrenaline rush before races. The 100m is the most spectacular race."
Club / Team
START Tarnow: Poland
Name of coach
Piotr Kuczek [club], POL; Bartlomiej Tott [club], POL

He competed with an injury to his left ankle during the 2018 European Championships in Berlin, Germany. (magazynsportowiec.pl, 14 Feb 2019)

His training was disrupted ahead of the 2017 World Championships in London, England due to an injury to his right ankle that he sustained in March 2017. (przegladsportowy.pl, 16 Jul 2017; festiwalbiegowy.pl, 16 Jun 2017)
Sporting philosophy / motto
"Nothing is impossible, some things just require more work." (polskieradio.pl, 21 Nov 2014)
Awards and honours
In 2016 he received the Silver Cross of Merit from the President of Poland. (festiwalbiegowy.pl, 06 Oct 2016)
Other sports
He competed in able-bodied athletics at a 2017 indoor international event in Torun, Poland, placing ninth in the 60m. (SportsDeskOnline, 24 Mar 2020)
Ambitions
To win a gold medal at the 2020 Paralympic Games in Tokyo. (magazynsportowiec.pl, 14 Feb 2019)
Impairment
He was born with dysmelia in his left hand, which meant it did not fully develop. (sprinterzy.com, 13 Jan 2014)
Other information
ENFORCED BREAK
He could not compete in official Para athletics events between 2008 and 2013 because he was unable to get his impairment classified. Following a rule change in 2013 he began competing again. "In 2008 I wanted to quit, but my former coach Boguslaw Szczepanski convinced me there might be a rule change that would allow me to compete." (imav.tv, 16 Aug 2015)