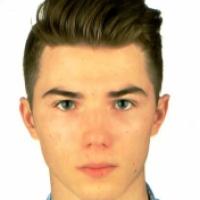 When and where did you begin this sport?
He took up the sport in 2015 in Poznan, Poland.
Why this sport?
"I have always liked sport. First, it was a part of my rehabilitation, but later it became my biggest passion. My parents used to train amateur marathon runners and they took me and my brother to junior races. So I have been running since I was a child. I love competition and adrenaline. I did swimming training first but, once I started running, I thought why not join a running club. I was then noticed by coach Andrzej Wrobel. Initially I tried to combine swimming and running training, but eventually I decided to focus on running."
Club / Team
START Poznan: Poland
Name of coach
Andrzej Wrobel [club], POL

Hobbies
Cars. (Porozmawiajmy O Sporcie [Let's Talk About Sport] YouTube channel, 18 Feb 2021)
Memorable sporting achievement
Winning gold medals in the T37 200m and T37 400m at the 2018 European Championships in Berlin, Germany. (SportsDeskOnline, 01 Apr 2021; MrMichalPol YouTube channel, 23 Aug 2018)
Most influential person in career
Coach Andrzej Wrobel. (Athlete, 16 Jul 2017)
Hero / Idol
Polish middle-distance runner Adam Kszczot. (MrMichalPol YouTube channel, 23 Aug 2018)
Other sports
He has competed in Para swimming at national level in Poland. (MrMichalPol YouTube channel, 23 Aug 2018)
Ambitions
To compete at the 2020 Paralympic Games in Tokyo. (Porozmawiajmy O Sporcie [Let's Talk About Sport] YouTube channel, 18 Feb 2021)
Impairment
He was born with cerebral palsy, which affects the right side of his body. (Piotr Kotkowski YouTube channel, 25 Sep 2017)
Other information
SWIMMING TO ATHLETICS
At age one his parents began taking him to the pool to learn how to swim as part of his rehabilitation. He went on to compete in Para swimming at national level in Poland before switching to Para athletics in high school. "I did swimming for 16 years. I won a medal at the national championships, but it was not enough for me. I felt a hunger and I was looking for something that would provide me with more excitement and options. My parents used to compete in marathon running, so as a child I would participate in children's events while accompanying my parents. In high school I started to train in cross-country running and my results improved very quickly. I met coach Andrzej Wrobel and we began our partnership. First, we thought that I would be a good middle-distance runner, but later we found out that I'm better at shorter distances." (MrMichalPol YouTube channel, 23 Aug 2018)