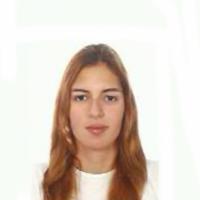 When and where did you begin this sport?
She took up the sport at age seven in Santa Cruz de Tenerife, Spain.
Why this sport?
She was advised to take up swimming by medical staff in order to strengthen the muscles around her spine. "I did not choose swimming but went to the doctor and was told how I had back problems. He encouraged me to swim. I liked swimming a lot. For me it was a way to improve my back but I got the urge to compete and get medals."
Club / Team
CD Midayu Tenerife: Spain
Name of coach
Jose Luis Guadalupe [club], ESP

She broke both wrists in 2001. The injuries took three months to heal. (Athlete, 11 Apr 2011)
Awards and honours
In 2021 she was named Female Athlete of the Decade by the Sports Journalists' Association of Tenerife in Spain. (deporpress.com, 31 Dec 2021)

In 2021 she was awarded the Gold Medal of Tenerife by the Island Council of Tenerife. (deporpress.com, 31 Dec 2021)

She and Para cyclist and swimmer Ricardo Ten Argiles were named flag bearers for Spain for the opening ceremony of the 2020 Paralympic Games in Tokyo. (dxtadaptado.com, 15 Jun 2021)

In 2018 she was presented with the Sports Values Award by the Royal Spanish Swimming Federation [RFEN]. She also received the Taburiente Award from the Diario de Avisos Foundation in Tenerife, Spain, in 2018. (mundodeportivo.com, 06 Oct 2018)

In 2017 she was named Female Athlete [among both non-disabled and Para athletes] of the Year of Tenerife, Spain. That year, she was also presented with the Gold Medal to the Sport Merit by the council of Tenerife. (rtvc.es, 28 Mar 2018; eldiario.es, 27 Jan 2017)

She was flag bearer for Spain at the closing ceremony of the 2016 Paralympic Games in Rio de Janeiro. (plenainclusion.org, 19 Sep 2016)

In 2013 she received a Royal Order of Sport Merit Award, one of the highest honours given to Spanish athletes. She was also named the 2013 Female Sportsperson of the Year in Tenerife, Spain. (deportestenerife.com, 30 Dec 2014; eldia.es, 01 Aug 2013)
Ambitions
To compete at the 2022 World Championships in Madeira, Portugal. (Midayu Tenerife Twitter profile, 06 Apr 2022)
Impairment
She was born with an intellectual impairment. (Athlete, 03 Dec 2017)
Other information
SWITCHING CLUBS
In 2018 her coach Jose Luis Guadalupe founded a new swimming club called 'Midayu' in Tenerife, Spain. He named the club after Alonso, as well as her national teammates Dacil Cabrera and Judit Rolo, by combining the first two letters of each of their first names. "I am very excited because we are starting up with the best swimmers and teammates who have been together for a long time. We only need to find people to help us and we will give it a try." (deporpress.com, 18 Oct 2018; diariodeavisos.elespanol.com, 26 Sep 2018)

OTHER ROLES
In June 2020 she was appointed a member of the athletes' council for the Spanish Paralympic Committee. (paralimpicos.es, 29 Jun 2020)