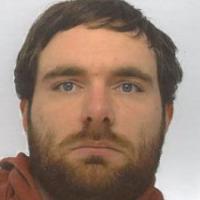 When and where did you begin this sport?
He took up athletics at age 11 in Birmingham, England.
Why this sport?
British wheelchair racer Debbie Brennan visited his school and inspired him to try the sport.

He suffered from shoulder and elbow injuries in 2013 and 2014, and underwent surgery to remove a kidney in 2007. (britishathletics.org.uk, 04 May 2016; bbc.co.uk, 30 Jul 2011)
Awards and honours
In September 2019 he received an honorary doctorate of sport from the University of Wolverhampton in England, in recognition of his achievements in athletics. (expressandstar.com, 19 Sep 2019)

He was named the 2006 BBC Midlands Young Para Sports Person of the Year. (mickeybushell.co.uk, 15 Jan 2010)
Ambitions
To compete at the 2020 Paralympic Games in Tokyo. (Shropshire Star, 05 Jul 2019)
Impairment
He was born with sacral agenesis, a rare congenital impairment, and is missing seven vertebrae in his lower back. He would get around by walking on his hands as a child, which helped him build up the strength and stamina required for wheelchair racing. (thepowerof10.info, 18 Aug 2019; mickeybushell.co.uk, 06 Mar 2013)
Other information
OCCUPATION
He runs Project Emotion, a consultancy company based in Telford, England, that coaches communication skills to business professionals. He also runs Champion Training, a fitness company based in Telford. (Facebook page, 21 Feb 2020; LinkedIn profile, 01 Jan 2020; expressandstar.com, 19 Sep 2019; projectemotion.com, 19 Jul 2019)